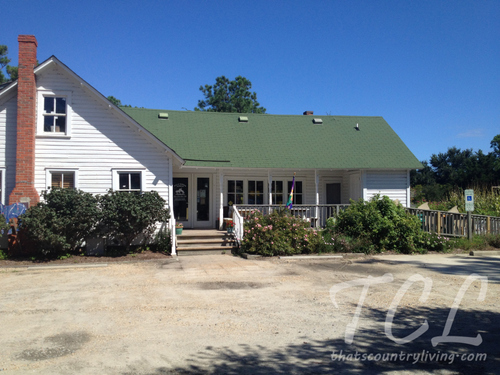 Last month when we spent the week in the Outer Banks of North Carolina, we packed in the usual activities – bike rides, plenty of beach time, miniature golf, etc.  One thing that I had never seen in all of my years in the OBX were the wild horses that live and roam in and around Corolla (further north on the island).  So midway through our week at the beach, we decided to go and attempt to see some wild horses.

Corolla was about an hour north of where we were staying.  We enjoyed the drive – taking in new sights along the way.  Our first stop in Corolla was the Wild Horse Museum.  The word museum is probably an overstatement because the entire thing consists of about two rooms and is more gift shop than anything… BUT… among the pony-laden merchandise there were some really cute (and educational!) activities that Lily had a lot of fun with. 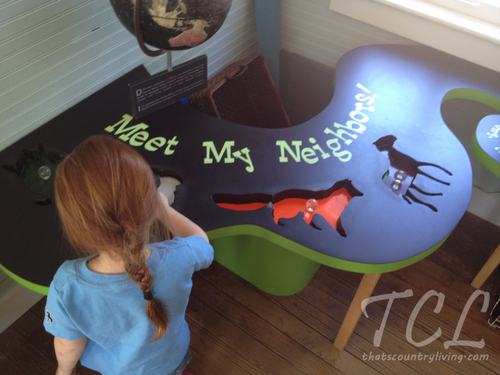 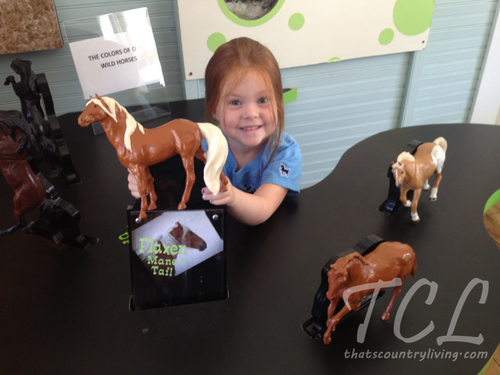 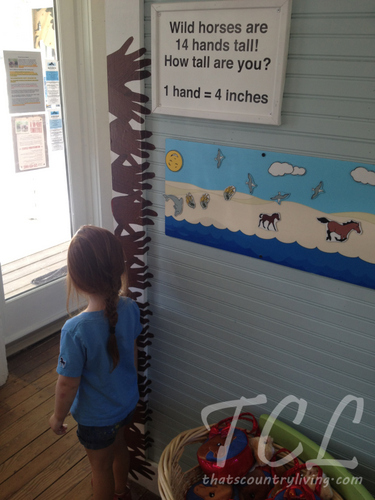 Lily is obsessed with these penny-flattening-machines! 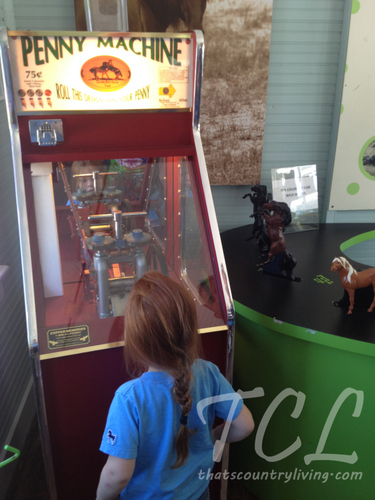 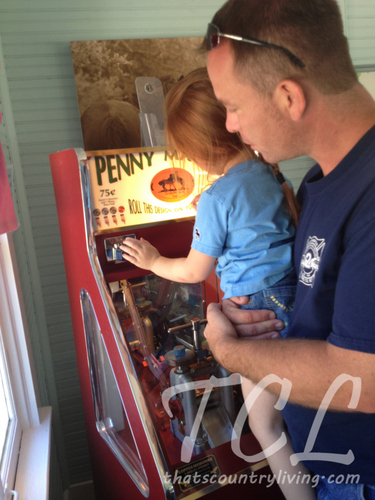 So you’re in OBX and you want to see some wild horses.  You won’t have to look far to find a tour that promises to show you these beautiful beasts.  But we found that the tours were pretty pricey and lasted for hours at a time.  We wanted to get the watered-down drive-by version.  As it turns out, anyone with a four wheel drive vehicle can venture out on the beach to look for horses.

And so we did! 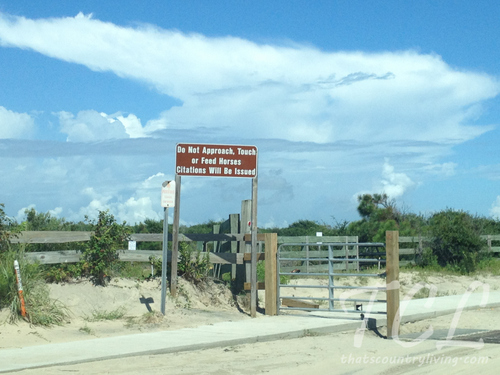 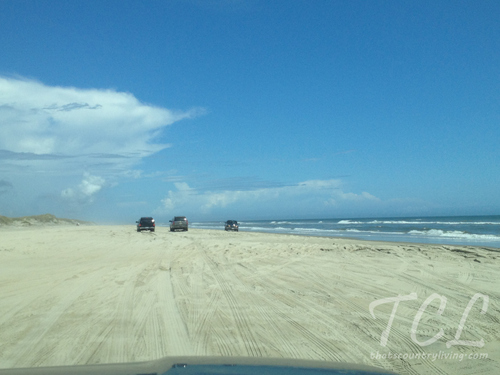 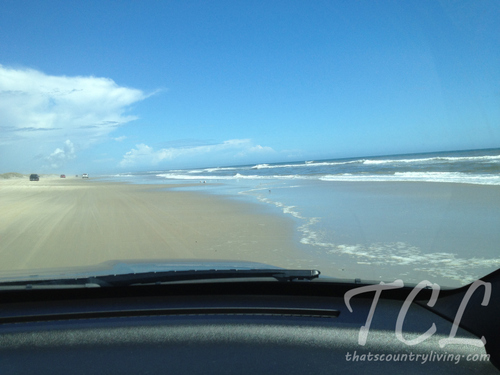 p.s. Driving on the beach?  Total combination of super cool and completely freaky!

It wasn’t long at all before we had our first sighting! 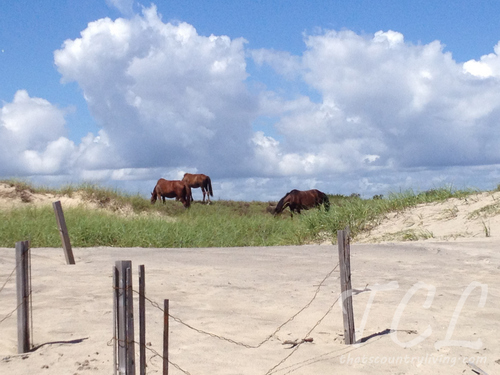 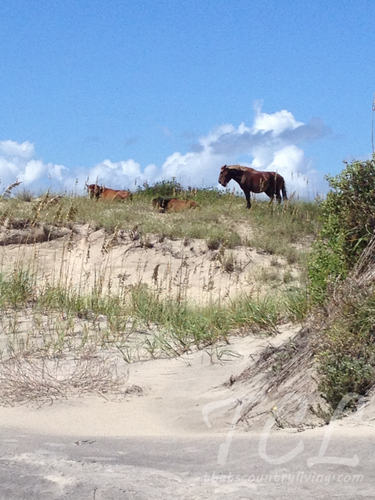 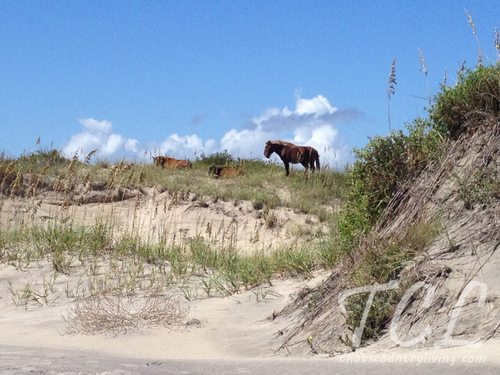 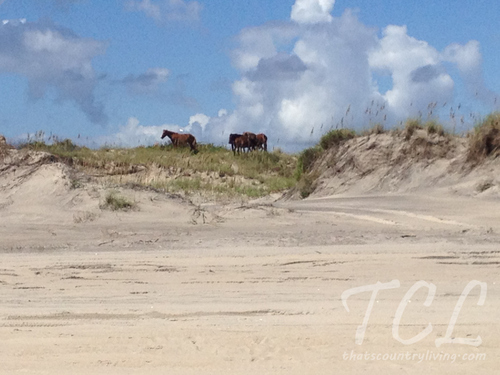 1)  We found a FREE museum for Lily to enjoy.

2)  We took the family truckster off roading.  Bob enjoyed this a little bit too much.

4) We were on and off the beach in less than 20 minutes, salvaging the entire second half of the day to do absolutely nothing while lounging on the beach!