If you have followed me for any length of time on Facebook, you know I have a small obsession with the Lifetime drama Army Wives.  Just kidding – it’s a full-blown can’t-ever-miss-an-episode affliction.  I first discovered Army Wives two years ago on Netflix.  I literally watched the first 3 or 4 seasons at a record-setting pace – I just couldn’t get enough.  The show’s characters are so likeable and easy to identify with – and the twisty-turny (I made up that word) plot always has me sitting on the edge of my seat.

Army Wives is one of those shows that I make the time to watch – that’s a rare commodity.  With a young child whose social life is quickly trumping my own, a full-time work-at-home job and life in general, it’s hard to actually SIT and WATCH a show without any distractions.  Army Wives is the ONE SHOW that I allow myself this luxury.  I wait until Lily is napping or asleep for the night or at preschool.  I step away from my computer and leave my phone out of arm’s reach.  One hour of ME time… I’ll take it!

A sneak peak at the new season!

On Sunday, March 10, the hit series Army Wives returns to Lifetime for its seventh season. AND THINGS HAVE CHANGED DRAMATICALLY. It’s time to say goodbye to a major cast member and to welcome some new faces to Fort Marshall.
That’s Country Living got an exclusive “behind the scenes” look into this season through personal conversations with a few in the cast!  Bet you didn’t know… 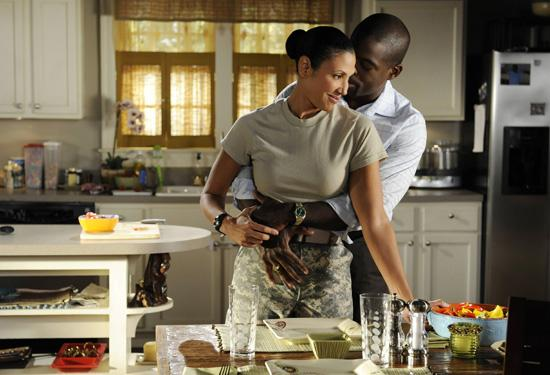 Wendy Davis (who returns to the role of Joan Burton) is the complete opposite of Joan: “I am such a pushover as a mom…Last night I told my daughter to go to bed at 8:30, and at 10 she was still awake! Joan would never have that. Joan is very tunnel-visioned (sic) and I am not like that at all.” Did you know that Joan defied expectations and rose through the ranks, becoming Fort Marshall’s first African-American female lieutenant colonel — commanding more than 400 men? 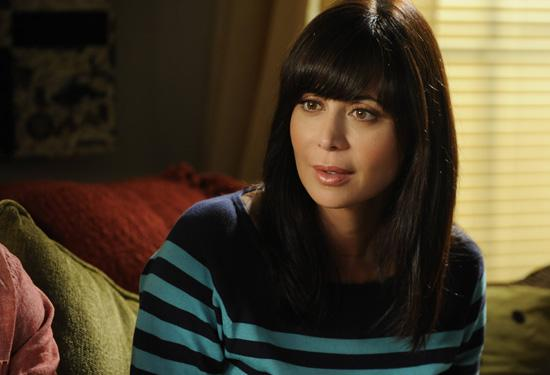 Catherine Bell, back as Denise Sherwood, originally went to college to become a doctor: “I studied biomedical engineering until I discovered modeling. I am a tomboy…I love cars and motorcycles and extreme sports.” Did you know that Denise’s character started out very reserved and unsure of what she wanted to do in life? Over the past six seasons the character has grown dramatically, and Denise is now much more in line with Catherine’s personality. 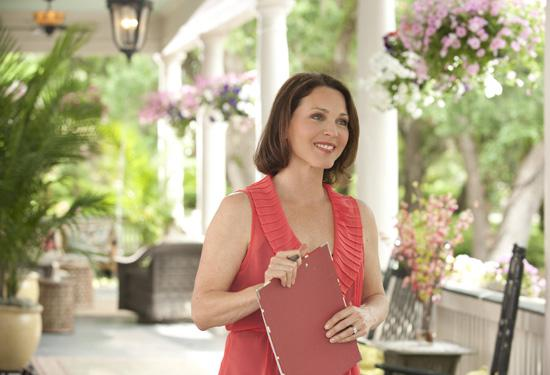 Kelli Williams is reprising her role this season (Season 6 was her first!) as Jackie Clark. Kelli brings her experience of growing up in a very conservative household to her character: “I grew up going to country clubs…things that I don’t respond to in my life now but are totally Jackie…so to prepare for the role, I just amp up the pearl-wearing!” Did you know that the fans gave Kelli a tough time about her character, they didn’t trust her and didn’t think she was fair with Claudia Joy? Kelli says she’s the complete opposite of Jackie! 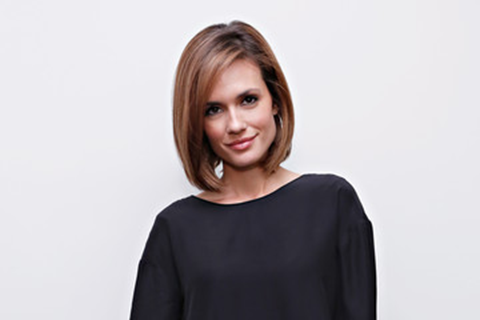 New to the cast this season is Torrey DeVitto as Maggie Hall. As we meet Maggie we will find that she, like lots of us, struggles to find herself. She left the Army to be a stay-at-home mom, and is having a difficult time with new roles in her life…mom to a blended family, wife to a new husband and a very different life at home compared with that of a soldier. To prepare for her new role, Torrey attended a day of Army physical training: “I didn’t want to tell the guys, but I had to leave early because I thought I was going to throw up… my body was begging me to stop. I have always had such respect for people in the service, and I always knew it was not easy. I was never so aware of how strong you need to be mentally and physically!”

The Seventh Season of Army Wives Premieres on Lifetime, Sunday, March 10 at 9/8c.  You can catch up with the ladies and watch full episodes of last season online!

In Season 7, a new tribe emerges from the shadow of tragedy. Maintaining the enduring premise of Army Wives, the audience will witness a remarkable group of women – some familiar, some new – form friendships that see them through the challenges of Army life as their husbands serve at a dangerous outpost in Afghanistan.

This post contains a discussion of products and services for which I have received promotional consideration from A&E Television Networks, LLC (“AETN”) and/or AETN’s third-party advertisers. Unless otherwise expressly indicated, the opinions that you read on this section of That’s Country Living are those of this blogger’s and/or the advertisers that commissioned or paid the blogger.