Over the past few months I would be remiss if I didn’t notice the increasing number of #ThrowbackThursday posts that are starting to multiply on my Facebook feed.  The pictures range from old old old memories – dusty, crumbly black and white snapshots of days long gone to baby pictures of kids who are still pretty young but growing up all-too-fast, as kids tend to do.

Having bought my childhood home from my dad, I am the keeper of many things that my family either didn’t want to lug with them or didn’t have the storage space for.  Among these items are albums, boxes and even more albums filled with our family pictures.  So you see, I have a lifetime supply of Throwback Thursday fodder at my fingertips – might as well start using it!

Today’s gem comes from the early 1990s. I’m going to estimate my age to be 11 or 12.  Those were great days.  I was top of the elementary school food chain, had a solid circle of close friends, enjoyed horseback riding and was a pretty kick ass flute player.  Lacking a paved driveway at our house, every once in awhile we were able to convince my dad to pack us and our bicycles into the car and trek to the local elementary school where there was pavement as far as the eye could see.

I want to you know how serious I really was about the scene portrayed in the picture above.  This arabesque d’bicycle of sorts was a move that I practiced on my hand-me-down “BMX” mountain bike.  A LOT.  I felt that form was extremely important.  Should a bicycle gymnastics scout ever happen to be watching I needed to make sure that my legs were straight and toes were pointed.  Eyes straight ahead, legs at as close to a 90 degree angle as possible.  This picture is more than 20 years old and I can still remember feeling such satisfaction that I had the SKILLz to pull off this type of move.

Check out the outfit.  Check out the bare trees in the background clearly indicating that this was probably not the most temperate of seasons.  I’m guessing early Spring.  Yet I have a short sleeve shirt on and my tapered leg mom jeans also provide enough high waters to see that I have skipped socks as well.  That’s because when you’re young, it’s all about LOOKING COOL.  Jackets and other sensible layers are simply not COOL when you’re on the brink of teenage-hood.

Now about that shirt – if only you could see the front.  It’s a black t-shirt that features a rainforest/jungle scene.  The scene is done entirely in neon-colored puffy paint polka dots.  Remember puffy paint? (OHGODILOVEDPUFFYPAINT!!) 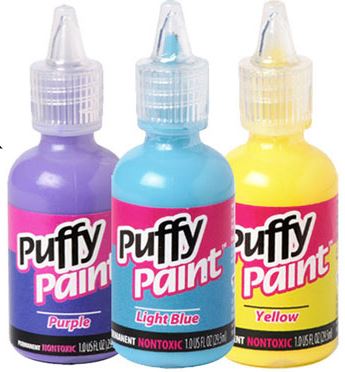 Next, my hat.  Having worked as a salesman for Keebler (you know, elves?  Hollow Tree?) most of my childhood, my dad was always bringing home bizarre-o company leftovers, including apparel.  This white TRUCKER hat featured one prominent graphic on the front: Ernie the Elf.

Finally, my shoes.  There was one kind of shoes that pretty much everyone who was anyone (or everyone who THOUGHT they were an anyone, myself included) wore to school most days.  I remember calling them “campsiders” and they were most often made by Bass.  Kind of like a glorified docksider (also referred to as “Dad Shoes” in my family), these shoes were usually worn sans socks.

One important thing to note about campsiders – the shoelaces were never EVER simply tied in a bow.  No, no, no.  That was not cool at all.   In order for these shoes to take on the cool factor, the laces had to be twisted in a spirally sort of way – turning them into easy-on easy-off shoes, no tying required.  I tried my best to scour the interwebs to find a picture of this shoelace method, and this was the best I came up with: 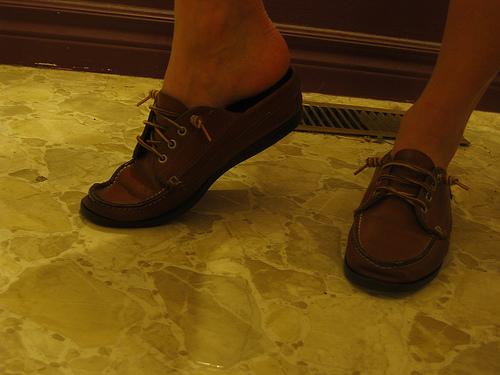 And that, in a large nutshell, is the real story behind today’s Throwback Thursday picture.  I’m also guessing that you can predict that sadly I was never offered a full scholarship for my obvious bicycle gymnast talent.  It was a shame to let such raw talent go down the drain.  Instead I settled for a teacher-turned-blogger career, with a fleeting memory of pure bicycle genius.